A man on a lawn tractor mowing around his RV and cabin stops and inquires after the research team. Are you all right? I though you might be looking for real estate or something. He reports that his nephew just weeded and mowed the boat launch this past weekend. It was a mess before. The DNR seems to have stopped mowing it after he and his family complained that it was mowing their property. Possession is 9/10th of the law! So they stopped mowing it. The research team agrees. And comments favorably on the “No Trespassing” sign. It’s hard to sit on the tractor because of his leg. He needs another operation. The research team ignores this foray into a different conversation and asks about the wooden structure they have seen at many boat ramps. An overlook? Oddly placed. Something to clean invasive mussels off boats? That sign always seems to be affixed to them, but there’s no water! Handicap access the man explains. “I haven’t seen anyone use it, but handicap access, that’s what it is.”

Given the neighbors’ disputes with the DNR over mowing too much of their lawns, camping probably would not be much appreciated, though the picnic shelter and playground is clearly public property, Wilkerson County Park. Good vault toilet. The spigot and electricity may belong to the private RV campground adjacent. Rome has a pretty courthouse built in 1819, three years after Indiana became a state. It was the second courthouse in Perry County, after Troy and before Tell City. Roof damage put it on Indiana Landmarks 10 Most Endangered List in 2009.

Update 2020: M.D. reports “I don’t have a beef with the Perry County Parks. All I asked was for their mowing team only to mow their property. I did have to tell them 4 times but they did in fact stop. All of the private property owners in Rome take turns cleaning the river bank and boat ramp. We have also since built a public boat dock.” Thank you for the clarification, M.D. And for the boat dock! 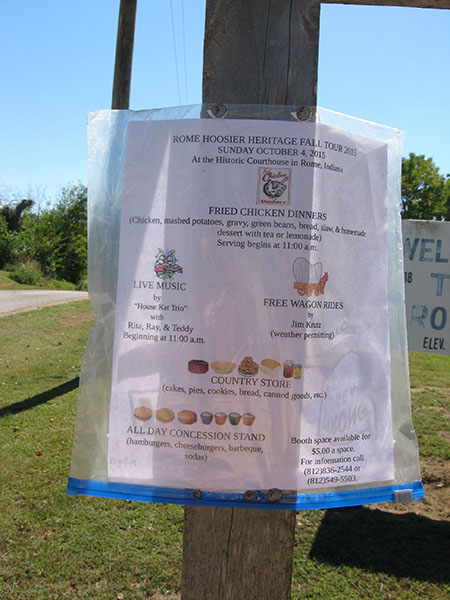 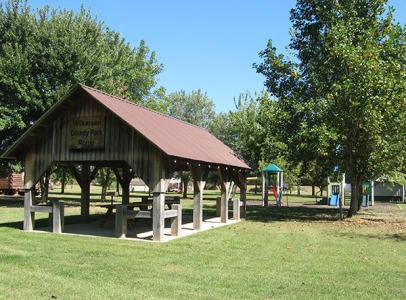 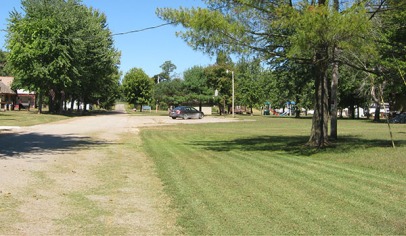 The grass that was being mowed. 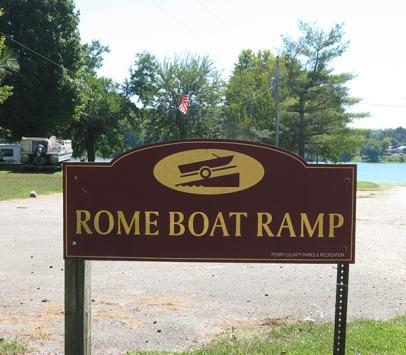 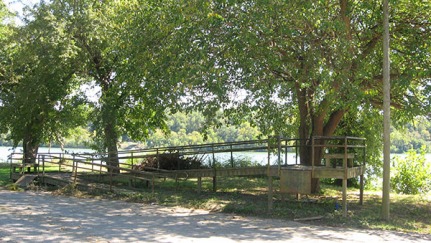 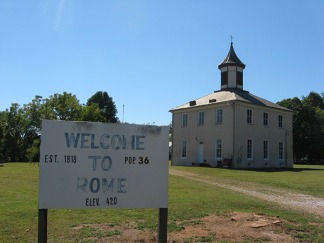 Next park: US Army Corps of Engineers, Cannelton Locks and Dam Park CLOSED