The Ohio River Parks Project probably began a decade or so ago when one member of the research team, driving around southern Indiana because a then-boyfriend had not taken her to a research conference in an exotic location, happened on this inside-the-wall riverfront park. She was astonished to find that, in order to get through the levee wall, she had to wait while a flagman slowed a train creeping into an adjoining industrial building. Inside the park she was appalled to find vintage, deadly playground equipment: the tall slide with low sides, the tall swings with the spinning hard wooden seats, the jungle gym over the hard ground, the deadly centrifuge of the merry-go-round. She remembers very clearly falling off such a slide at the age of 8, the doctor peering at her head in the dark room, the stitches. It was in the park with the quicksand, not this one. She was astonished to find all this!

Tell City is distinctive in having been established in January 1858 by the Swiss Colonization Society, located in Cincinnati. They, like other colonization societies from middle Europe, had searched the Midwest for a suitable tract of land. Here, they had to buy many individual parcels, but they were successful. And this park is appropriately named “Sunset Park,” for like several other parks on the undulating north bank of the Ohio, it faces directly west.

Both bicyclists and paddlers could easily camp here. There are no amenities in the park itself, but it is adjacent to the town. 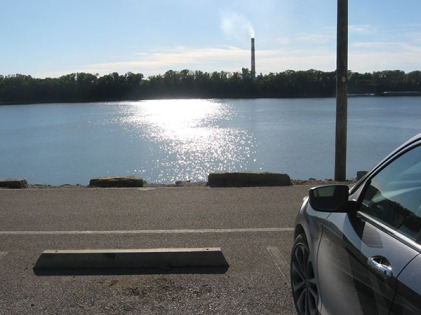 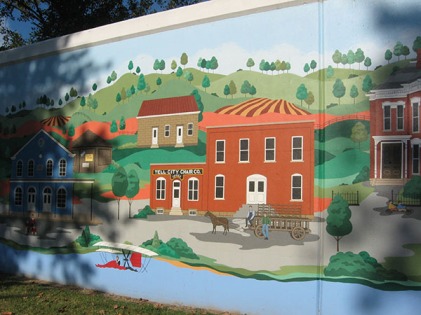 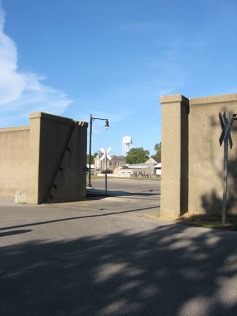 through the levee river side 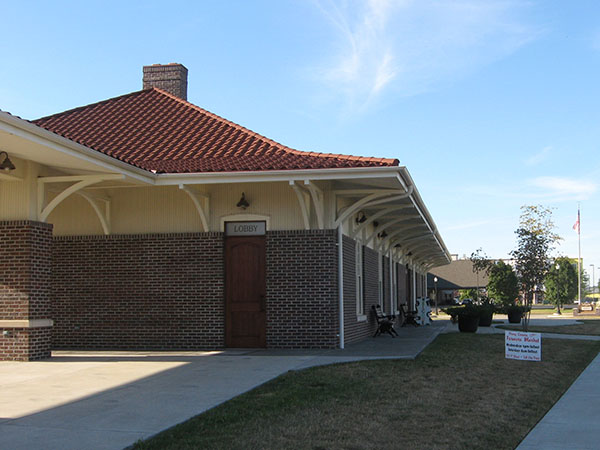 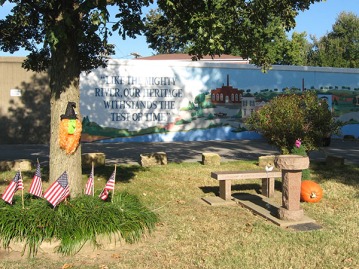 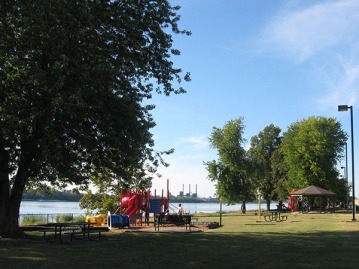 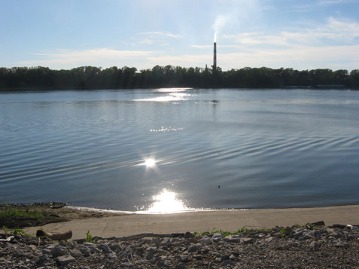 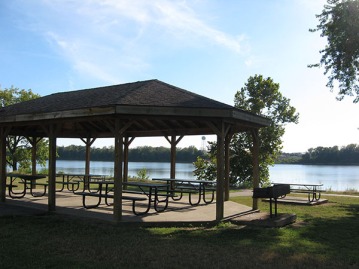 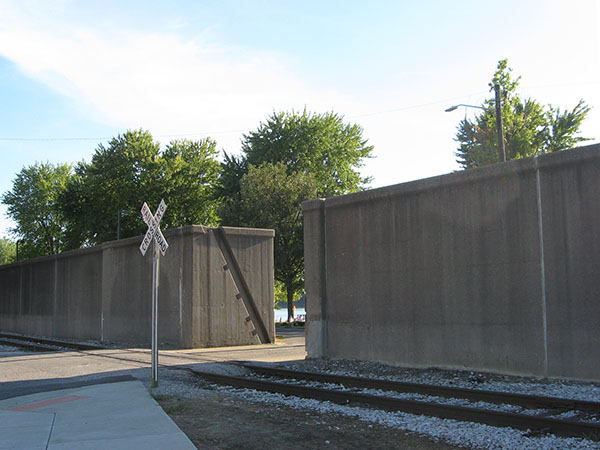 through the levee town side 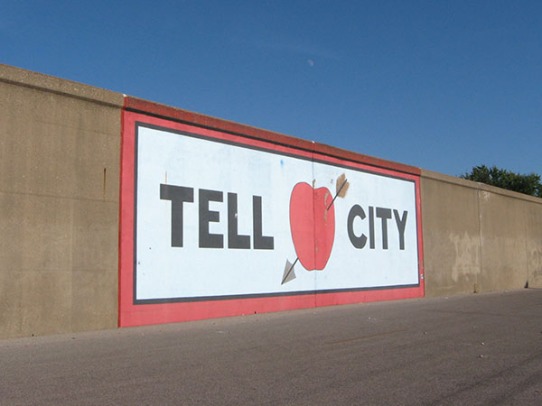 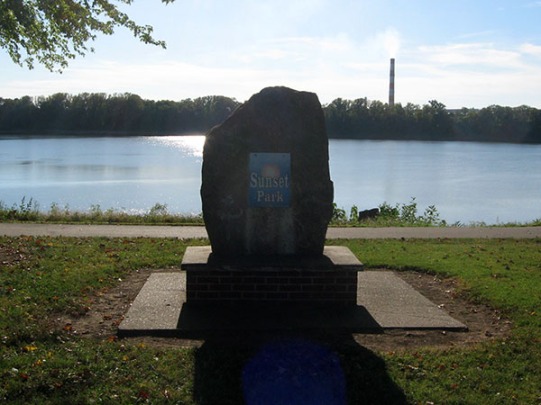 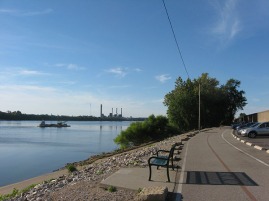 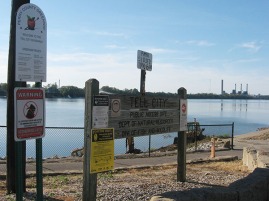 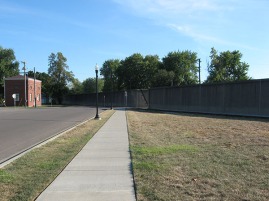 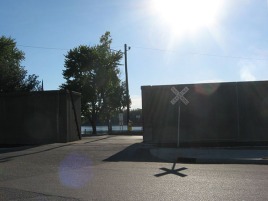