On the riverfront, Leavenworth is now a “permanent RV” town: a place where people park their RVs, build a roof over them, put some lawn furniture outside, and come down on the weekends to enjoy the river. The tasty looking riverfront restaurant — The Dock — is open Friday afternoon, Saturday, and Sunday. Burgers, sandwiches, simple dinners. The sliver of land atop the first low bluff that constitutes the park is not named and not actually a park: just the space where patrons of the restaurant park their cars. The boat launch is way too narrow and steep for any boats except pulling up a kayak. The actual one must be elsewhere. So camping is unlikely to be welcomed for either bicyclists or paddlers. There is a remnant 19th century storefront building not used but kept in good condition.

The town of Leavenworth moved from the riverside to the top of the bluff after the 1937 Ohio River Flood. Indiana University’s Lilly Library has a good page that includes videos and has references to original sources. Jeff Quitney has uploaded later 1930’s newsreel footage. Now at the top of the bluff there is a good local restaurant, the Overlook Restaurant, with a vertiginous view of a great loop of the Ohio River far below.

The old riverside road that runs at the base of the bluff turns to dirt after the Horseshoe Bend campground. There are many private RV campgrounds along the Ohio River. They appropriate the most valuable property, the riverside, and keep the public out, often with offensive signs and placards. That is especially true in the Louisville area. Horseshoe Bend is one of the few such venues that really is open to the public. However, it is an RV campground, not a tent campground: tents and outside shelters are prohibited. This is probably due to the sewer, water, and electrical hookups, buried only a bit below the ground and readily penetrable by any errant tent stake. If they were to add a few bicycling and paddling tent campsites this could prove a valuable amenity for this part of the river. 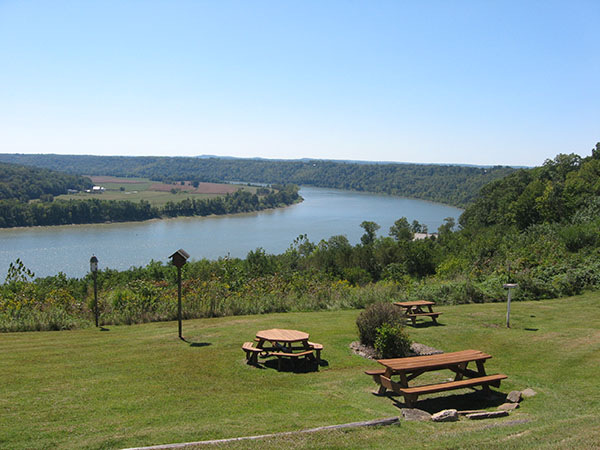 top of the bluff 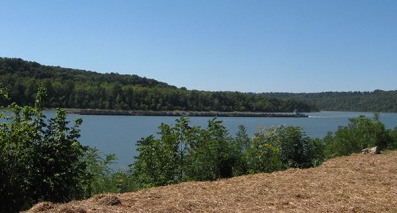 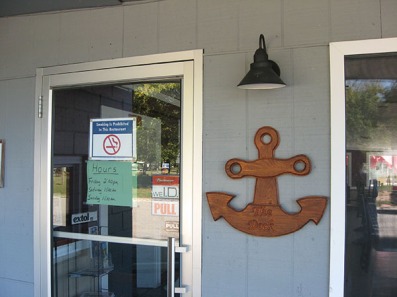 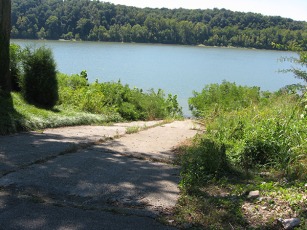 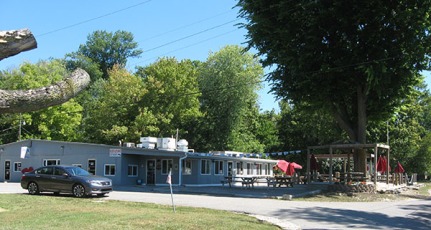 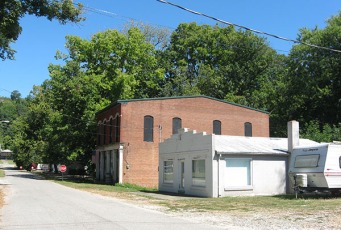 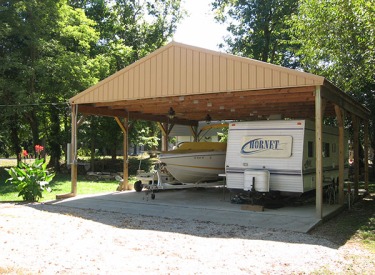 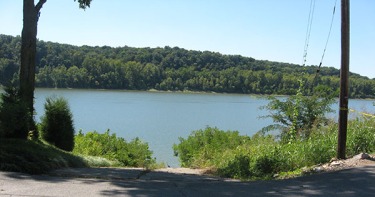 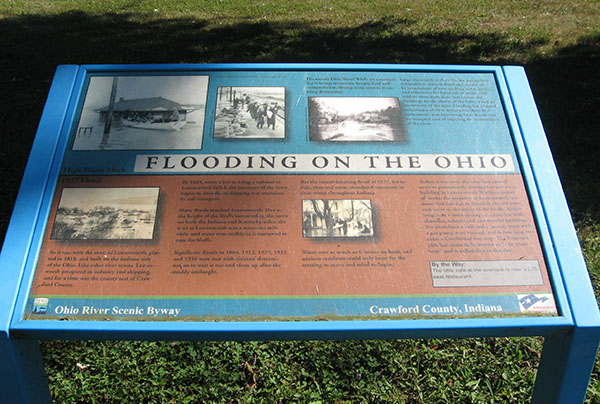 flooding on the Ohio 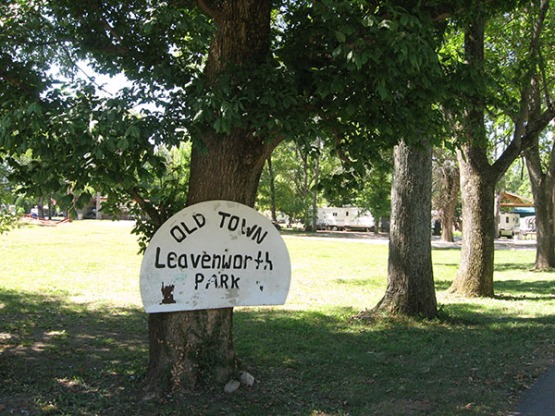 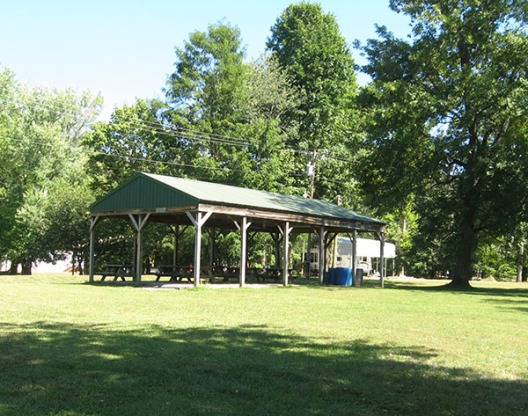 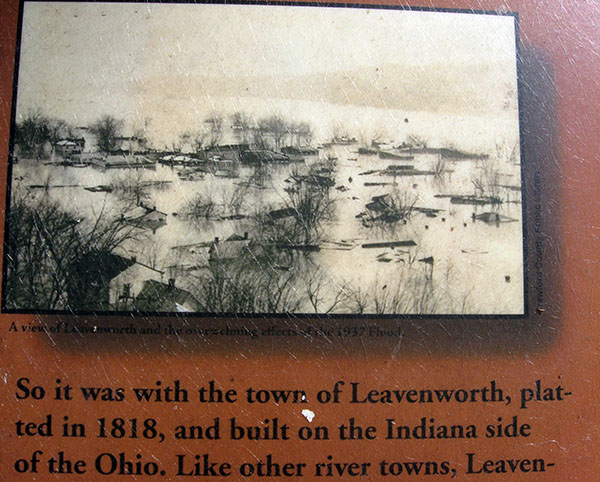