Driving into Charlestown State Park  one sees narrow roads going off to the left and the right. Straight roads. Straight roads with Park signs at the end of them saying that vehicles can go no further. It looks like a grid. And odd structures peeking up above the trees: a high light, strange towers. What has happened here? Click back in history on Google Earth and you can see the story: a brownfields site turned into a park. This site, and the adjacent sets of buildings, constituted the Indiana Army Ammunition Plant, a site that produced ammunition of various types for a short time around World War Two. Abandoned Online has many photos of the buildings and a description of the production process from a fieldtrip in 2011.

In the park itself, however, the only remnants are a pair of Ranney wells. While the buildings themselves have the brooding look of abandoned industrial architecture, the technology remains current. Instead of building a large number of vertical wells, one builds one vertical well with many horizontal wells going out to the sides. This method can collect both surface water and groundwater.

Fancifully, in addition to being an ammunition plant, this site — Rose Island —also was an amusement park for Louisville families in the early 20th century. The University of Louisville digital library collection has a number of contemporary photographs, with good descriptions. Search “Rose Island.” Like the abandoned ammunition plant, this site also has attracted its share of abandonment fans, both here and here.

All that said, Charlestown State Park is an excellent place to camp. The sites are large and the shower houses are new. There are a number of trails. Kayakers would have a hard time carrying their boats up the high bluff on a long and winding road from the boat launch. Bicyclists will have no difficulty, and, for them the modest stores and restaurants of downtown Charlestown will not be too far away. 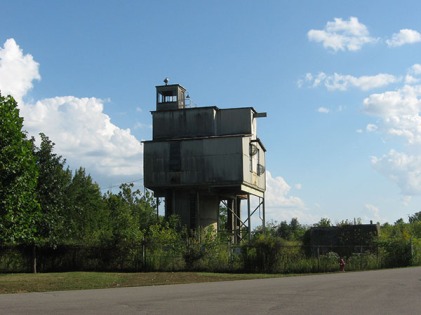 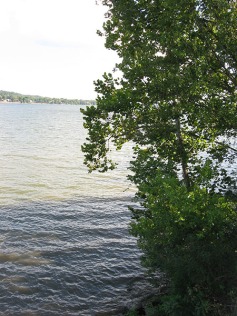 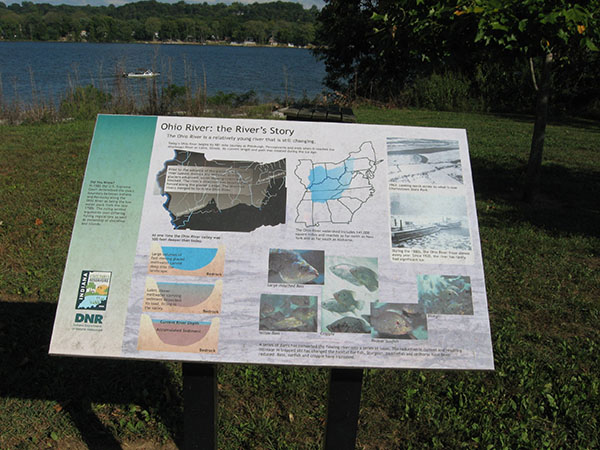 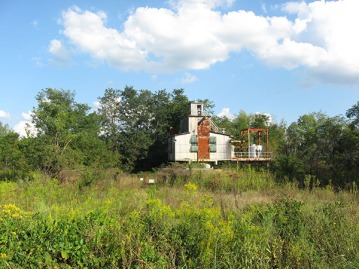 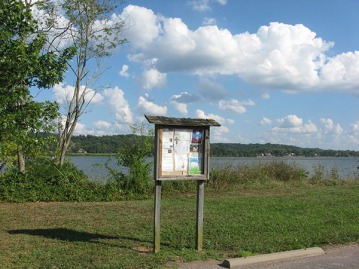 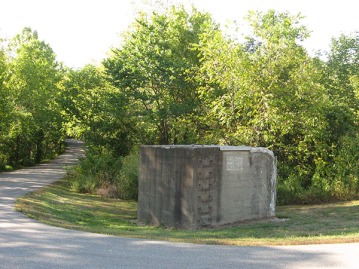 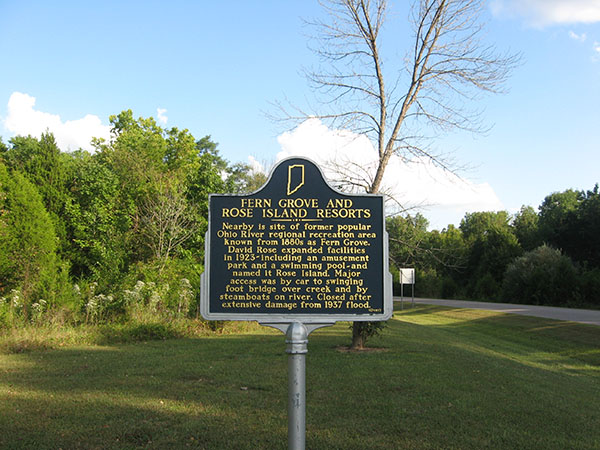 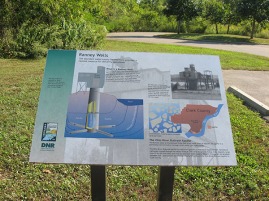 to the Ohio River 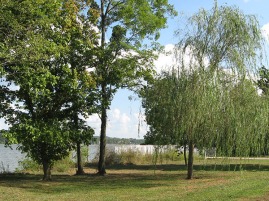 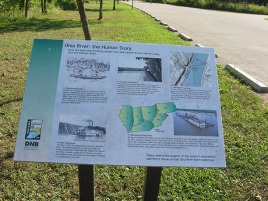