Ancient Native Americans, Paleoindians, the First Peoples to inhabit the Ohio River valley, arrived about 12,500 years before Present (B.P.) and lived here as hunter-gatherers until about 3000 years B.P. The domestication first of native plants such as goosefoot and sunflower, then of foods such as maize and beans introduced from Mexico mark the beginnings of the peoples called by archaeologists Woodland (3000 to 1000 B.P.) and Mississipian (1000 to 400 B.P.). Although all of these peoples inhabited many sites along the Ohio River and its tributaries their presence is not often acknowledged. This is especially true of the earlier peoples. Luckily the Scenic Byways information sign at this pleasant boat launch recognizes the presence of Archaic period peoples. The mano in Mano Point refers to the hand stones used for grinding, some of which were found at this site when it was constructed by the US Army Corps of Engineers in the 1960’s. As Richard Jeffries (2009) makes clear in his excellent analysis and summary of the literature, Holocene Hunter-Gatherers of the Lower Ohio River Valley, there are many such sites in the area.

This boat ramp would be an excellent place to camp for both bicyclists and kayakers. It is on a pleasant country road; entering and exiting the water would be easy; and next to the abundant parking there is ample wooded space for a tent. Swimming is not usually mentioned in connection with the Ohio River, but here the Forest Service handout explicitly includes a prohibition on swimming. 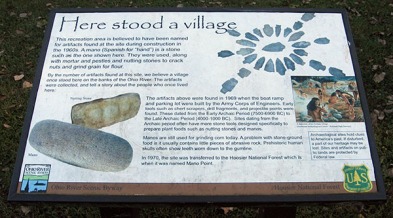 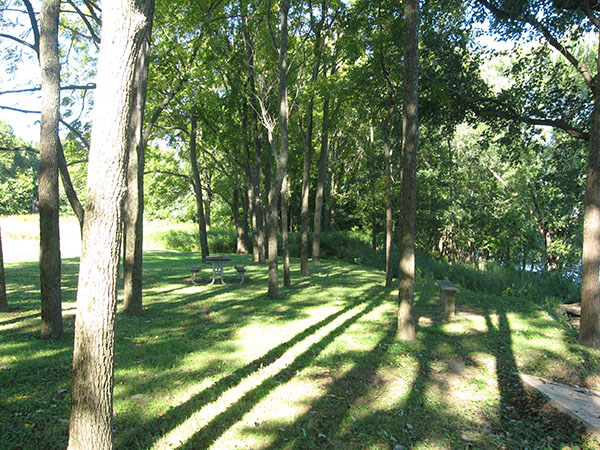 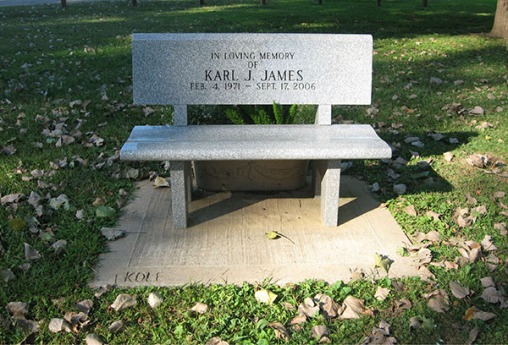