What an odd park! It has a broad entrance road, some big trees, and an expansive rustic picnic shelter with fireplace and chimney. There is a beautiful view across the Ohio River but no access to Ohio. What is it? Seemingly it is a remnant park, the remnant of a Lincoln sesquicentennial or bicentennial? It is defined as a location on the Ohio River Scenic Byways. But why would anyone go there? There is no access to the Ohio, or to the Anderson River which debuts into the Ohio there. Seemingly it is a competitor, in Spencer County, with the Troy Public Access Site, just across the Anderson River and mile or so away in Perry County. Troy is far less charming but far more accessible.

And as for Lincoln? The details seem to be so lost that practically every small town along this section of the Ohio River in Indiana claims some connection to Lincoln. Often it’s the same connection: here, or here, or here Lincoln and his family a) crossed into Indiana for the first time or b) established a ferry that competed with existing ferries, thus propelling Lincoln into studying law. The outline of the story is compelling, but in the absence of the historical details it is frustrating to see it being repeated over and over again at these various sites.

The ferry landing became an interesting place to gather. Abraham, with a wealth of stories, attracted listeners to hear his stories and recitations. While working at the ferry landing, during his spare time, Abraham built a small row boat.

‘As he [Lincoln] stood at the landing, a steamer approached, coming down the river. At the same time two passengers came to the river’s bank that wished to be taken out to the packet with their luggage. Looking among the boats at the landing, they singled out Abraham’s, and asked him to scull them to the steamer. This he did, and after seeing them and their trunks on board, he had the pleasure of receiving upon the bottom of his boat, before he shoved off, a silver half dollar from each of his passengers.’ In his 1866 Lincoln biography, J.G. Holland relates the story Abraham Lincoln told Secretary of State William Steward.”

This would be a pleasant stop for bicyclists or paddlers — broad lawns, inviting picnic shelter. Unfortunately there are no amenities: no toilet, no water. But the public access site in Troy is only half a mile away, so it might be do-able. There may be one or two restaurants in Troy. 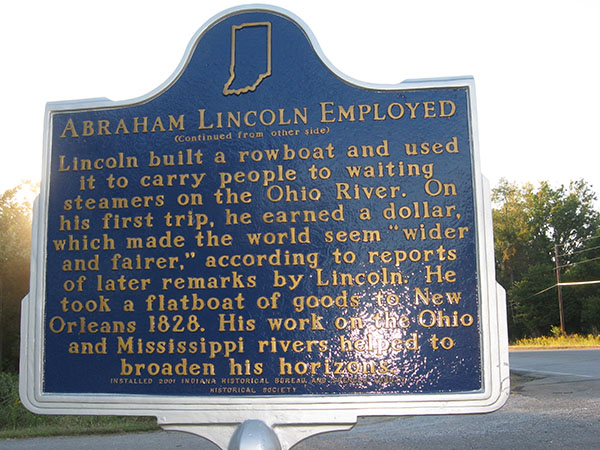 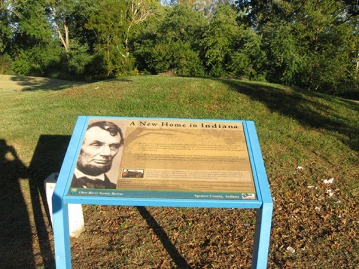 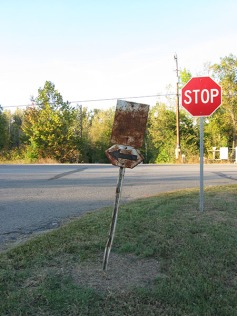 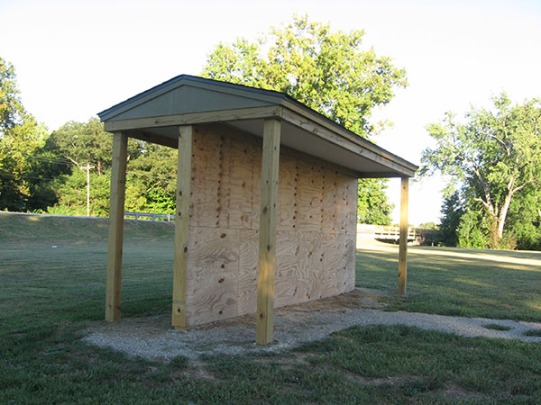