Burley Paid the Bills: Twentieth Century Tobacco Culture in the Central Ohio River Valley, Jeffrey Alan Duvall’s 2007 dissertation from the History Department at Purdue University, gives a good explanation of the history that caused this magnificent park to come into existence and have its noble name. The source is Paul W. Ogle, the founder of an important natural gas company in southern Indiana, who, with no heirs, became a major patron not only in the Louisville area, but also in this small town in which he was born. The plan to turn this former tobacco farming town in the inexpertly named Switzerland County  into a mecca for Swiss-themed tourism failed, but it left behind this park. Another result was the oddly named but beautifully designed Ogle Haus Inn, built in 1986 using the best of mid-20th century design features in its layout and in its furniture. The research team enjoyed watching the barges on the Ohio in this beautiful setting several years ago. Unfortunately the property has fallen on hard times, now being used as temporary housing for workers at the nearby casino. Online photographs suggest that the beautiful 20th century design furnishings have disappeared as well, being replaced by standard hotel fare. That is too bad, for it was an elegant retreat in what is otherwise a quite prosaic place.

This elegant park is spacious, and has many amenities, so bicycle or kayak campers would have no difficulty finding the resources they need. Vevay is not very large, but it does have a grocery store and a pharmacy. 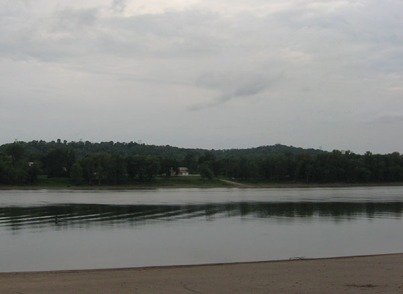 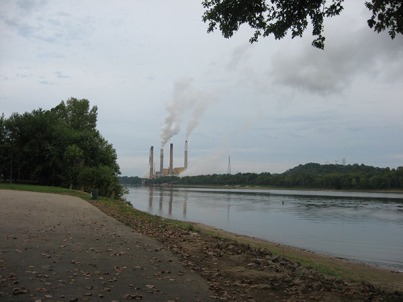 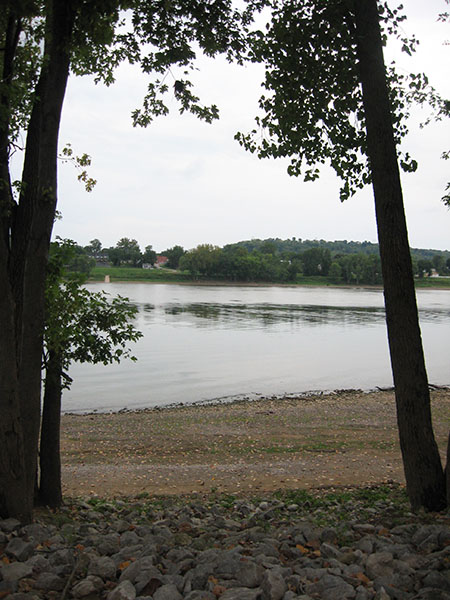 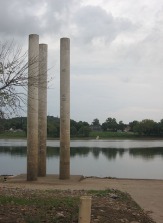 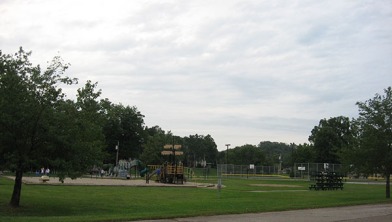