The River Museum, a distinguished late 19th century building located on a low bluff along the river offers, via its front yard, an excellent place to sit on a bench, see some nautical items, enjoy a manicured garden, and view the river. Neighbors occasionally walk along the brick sidewalk, and freight trains sometimes roar along in front of it, for, as in many similar towns, the town is separated from the river first by an active railroad line. It serves as a mini-park for the neighborhood, a status attested to by the several signs warning not to park in its parking lot. The River Museum is a valiant endeavor, run by the local historical society which promises that there is much to learn about the Ohio River here. Its large sign faces the Ohio, much larger, in fact than the signs on the street. However, since the River Museum is open only on Sunday afternoons in the summer months, unfortunately the research team could not explore its riches. The site is right in the town but kayak or bike camping is likely to be difficult due to lack of a pull-out, lack of tent space, and lack of water and sanitary facilities. Neighbors are likely to protest as well. 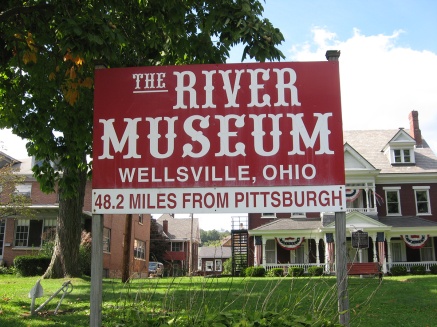 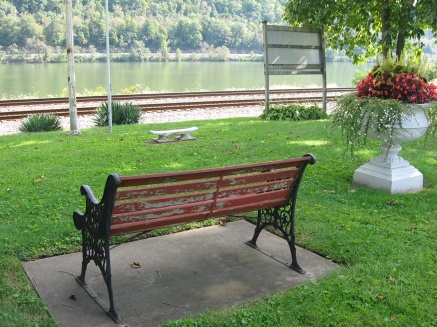 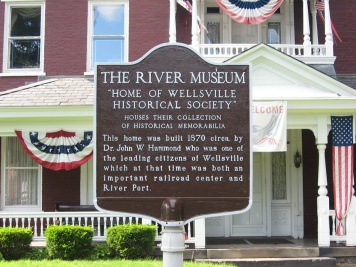