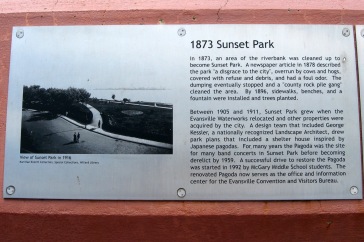 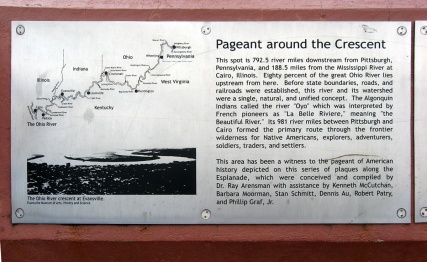 origin of the name

floods and cross section of Esplanade 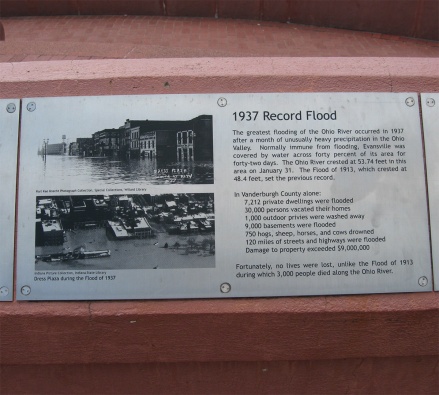 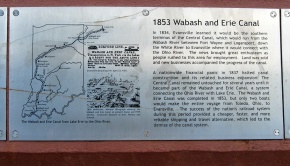 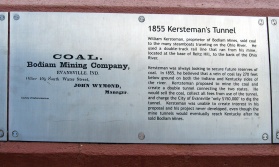 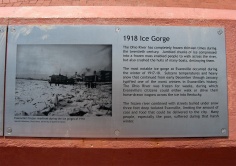 Plaques about the Ohio River in riverside parks tend to be hortatory: important men, often boat captains or city founders. Evansville has many, many more of them than the usual riverside city park does, and they are far more diverse.

Women are included: the riverboat captain Mary Greene, the first American Red Cross relief effort, headed by Clara Barton. And African-Americans: the free blacks who helped people flee across the river from the slave state of Kentucky to the free state of Indiana via the underground railroad. Native Americans appear in plaques about Woodland Indians and the Mississipian tradition in the Mississippi and Ohio River valleys.

There are, of course, many panels about boats. But there are other industries as well: the canal linking Lake Erie to the Ohio River, a failure when railroads quickly superseded it. Coal tunnels under the river, proposed in 1855. There are important scholars: Audubon, David Dale Owen, an early state geologist, , and Pierre Brouilette, possibly a Lewis & Clark volunteer. Ice floes. Discussion of the geology. A beautiful diagram of the levee system, both in plan and in section. A section diagram showing how high the river stands at normal pool, at flood stage, and how high it reached in the 1937 flood., measured against the height of the Esplanade. The classic diagram — found on signboards and in museums all across the Ohio River Basin, of how much freight a barge can carry relative to railroad cars and tractor-trailers.

And the people who created this great riverfront are well acknowledged: the original Sunset Park in 1873, and its current manifestation, achieved in 2001. The list of the mayors and City Council members who contributed to its construction. One extraordinary tribute, to a city planner and visionary, Mariann Kolb. The plaques are not all laudatory: clearly they were written by an historian who sees that that are various versions of events, not by a local booster. This set of plaques — there are about a hundred of them in all — is probably the best introduction to the history of the Ohio River that one can find anyplace. Go and visit it!

1778 mission to control the western frontier 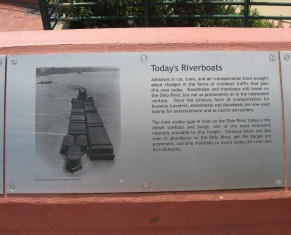 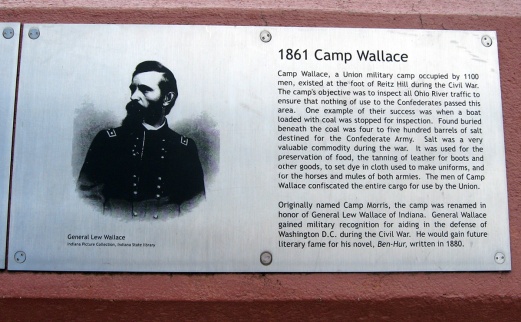 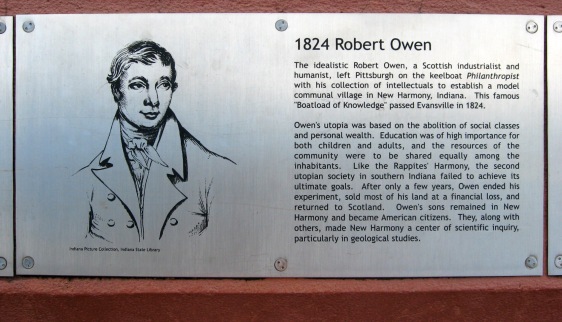 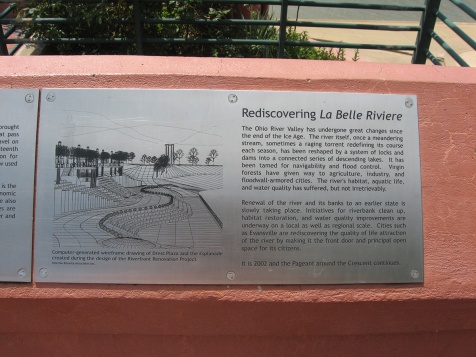 evolution of the riverfront 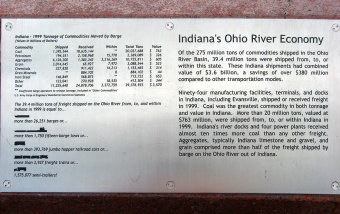 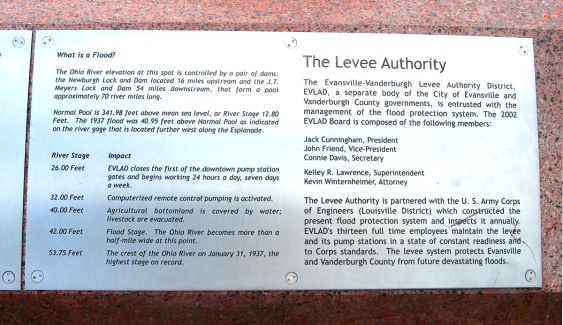 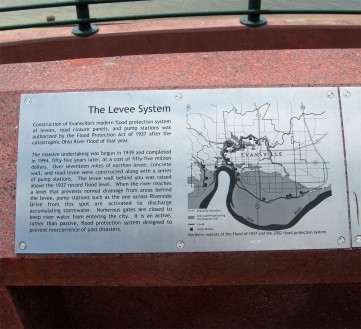 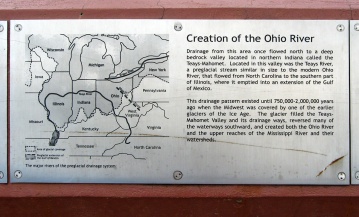 arrival of humans in North America 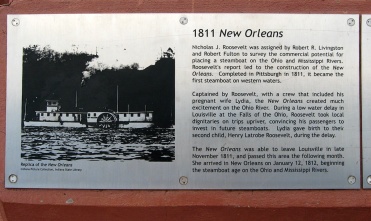 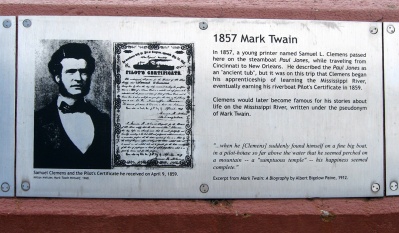 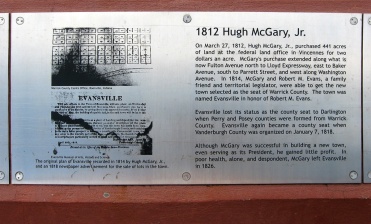 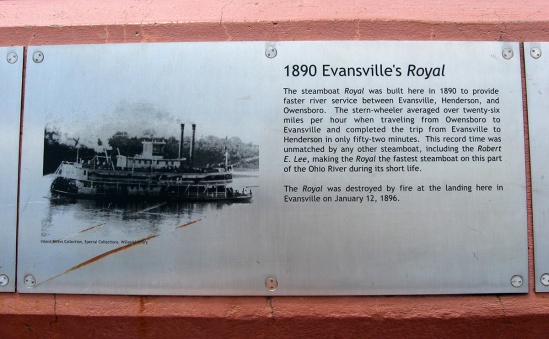 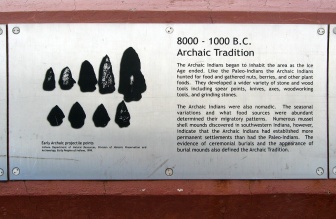